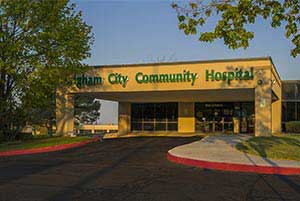 Brigham City Community Hospital has been the primary center of medicine for Box Elder County since 1976. Throughout its ownership, Hospital Corporation of America (HCA) has remained committed to ensuring that quality medical care is provided to the residents of northern Utah by utilizing the most up-to-date technology available.

More Details About Our Historical Roots 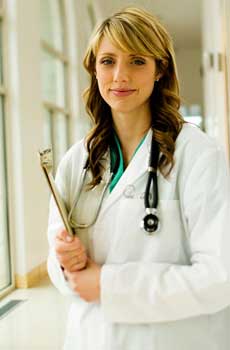 Numerous hospitals were opened in Brigham City from 1906 to the early 1920s, when Dr. A.D. Cooley converted a home at 400 South and Main into a hospital. In 1935 Dr. Cooley opened the Cooley Memorial Hospital which was purchased by the Call family in 1946. This hospital was operated as the only acute care facility in Brigham City until the opening of Brigham City Community Hospital in 1976.

Groundbreaking for the 50,000 square foot facility was held the following year. Built at a cost of $4.5 million, the contemporary 49-bed Brigham City Community Hospital (BCCH) officially opened its doors to the public on July 31, 1976.

Since 1976, Brigham City Community Hospital has contributed millions of dollars in direct financial benefit to the community. This is reflected in the local, state, and federal taxes that have been paid in addition to payment of salaries and wages, capital funds reinvested, charitable contributions, uncompensated care, public service, and volunteer hours. Scholarships have also been made available to local students who pursue advanced degrees in the healthcare professions.

To commemorate the 25th anniversary of the opening of Brigham City Community Hospital in July of 2001, a complete history of the hospital, was prepared by local author Sarah Yates entitled “Stitches in Time.” In this compilation Yates described more than 150 years of people caring for one another including midwives assisting in childbirth and treating illnesses with tonics, herbs and common household solutions.