Our Therapists are the “functional movement experts” in your healthcare. They work to restore, maintain, and promote your physical function, overall wellness, fitness, and quality of life as it relates to movement. By helping patients regain a fuller measure of normal function than was previously possible, we help grandparents play with grandkids; students return to campus; and everyone in between experience a higher quality of life.

During physical therapy, our goal is to identify the underlying reasons for your pain or movement dysfunction. Our therapies then address those reasons, with goals to prevent injury, diminish further progression of your problem, and help you get back to a healthy lifestyle.

Our experienced, caring staff offers treatment 6 days a week, with later hours on Monday, Wednesday and Friday to accommodate your work schedules.

Physical Therapy is covered by most federal, state, and private insurance plans. Please contact us to discuss your specific coverage. 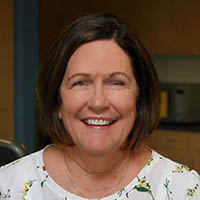 Deb is a medical speech-language pathologist (SLP). SLP’s work to prevent, assess, diagnose, and treat speech, language, cognitive-communication, voice, and swallowing disorders. Deb was raised in Las Vegas, NV and the Bay area in CA. She graduated from BYU with her B.S. degree in Communication Disorders and her Master’s degree from USU. She has been working as an SLP for almost 30 years mostly with adults in many settings including hospitals, outpatient rehab, home health, and skilled nursing facilities. She and her husband Mark have 4 children and 13 grandchildren and she loves to spend time with them, read, and sew. 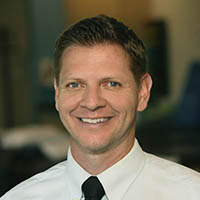 Kevin Blanchard, D.P.T. was born and raised in Brigham City, UT. Kevin completed his undergraduate studies at Utah State University where he received a Bachelor of Science degree with an emphasis in Pre-Physical Therapy. Upon completion of his studies, he attended Idaho State University where he obtained his Doctorate of Physical Therapy. His education included clinical internships in orthopedic and sports medicine. Following graduation, Kevin has worked in the orthopedic clinical setting in corporate and private practice. Kevin has experience with sports injuries, post-surgical rehabilitation, general orthopedic injuries, industrial injuries, and chronic pain. Kevin enjoys helping patients of all ages return to their optimal level of function. He has completed post-graduate training in manual therapy including spinal manipulation and is certified in dry needling. He is a strong advocate of physical fitness. Kevin currently resides in Perry, UT. He enjoys spending time with his wife Shawna and their four kids. 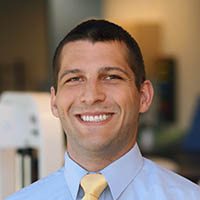 Michael and his wife Cree are originally from Rigby, Idaho. Michael earned his Bachelors of Human Movement Science and a Bachelors in Spanish from Utah State. They then moved to Springfield, Missouri where Michael earned his Doctor of Physical Therapy degree in May of 2018 from Missouri State University. His first experience with physical therapy happened in high school after suffering a broken leg during a football game. From there, his interest was rekindled upon taking Human Anatomy as a freshman in college where he found great interest in learning about the body and its functions. Michael believes that proper exercises coupled with hands on treatment as needed is a highly successful treatment to restore function and reduce pain. Michael enjoys mountain biking, working on cars, target shooting, and exercising in his free time. His wife Cree works at Utah State University teaching English. 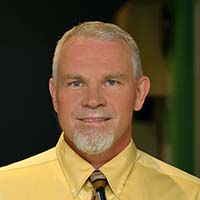 Perry Crawford grew up in Utah and Idaho and attended Snake River HS west of Blackfoot, Idaho where he was active in football, wrestling, and baseball. After serving a mission for the Church of Jesus Christ of Latter-Day-Saints in Madrid, Spain, Perry attended Brigham Young University where he obtained a Bachelor of Science degree in 1988. It was at BYU that Perry learned and excelled at the sport of rugby, playing four years there. During this time, he was selected for the Inland Pacific All-star Team representing players from Utah, Colorado, Wyoming, Idaho, and Arizona. Perry’s interest in athletics and exercise led him to the physical therapy profession. Perry obtained his Master of Physical Therapy degree at Idaho State University in 1992.

His first 14 years of practicing physical therapy were in Texas, New Mexico, and Arizona, working in hospital in/outpatient, transitional care, inpatient rehab, home health, and schools with sports teams. He always wanted to get back closer to “home”, so in 2006, moved to Tremonton, where he started working for Mountain West Physical Therapy (now MountainStar Orthopedic and Sports Therapy). His practice is primarily orthopedic and sports injuries and surgeries. He is also certified in dry needling and enjoys manual therapy. He has a sense of humor and tries to make each physical therapy visit fun and enjoyable for his patients. He volunteers his time with the athletic training staff at Bear River High School and is the head coach for the rugby team there.

Perry stays active by weight training, hunting, camping, gardening and riding his dirt bike in the mountains. This is a testament to his knowledge and skill as a physical therapist, having had shoulder surgery, five knee surgeries (including both knees replaced), and three back surgeries of his own. Perry and his wife Amanda (who is an avid runner) have five girls, which keep them busy, but they still find time to travel to Hawaii with the family or Mexico for a getaway.

Randy is a long time resident of Brigham City. He moved with his family to Brigham City in 1970 at the age of 9. He attended local schools and graduated from Box Elder High School in 1979. Following high school he spent two years in Panama and Costa Rica completing a religious mission. Upon returning he attended Weber State College. He completed his education at the University of Texas, graduating Magna Cum Laude with a degree in Physical Therapy. Following graduation in 1990 Randy returned “home” to Brigham City and accepted a position as Physical Therapy Department Manager, a position that he filled for 28 years. Several years ago he made the decision to focus on patient care, and gave up his administrative duties. Randy especially enjoys the challenge of treating patients following orthopedic injuries and surgeries. He also enjoys treating patients following neurological injuries, having recovered from a spinal cord injury himself in 1998.

Randy Met and Married his wife Karen (Keller) in 1985. They have 4 children and a growing number of grandchildren. Randy enjoys being with family, mountain biking, camping, photography and watching his grandchildren grow. He and his family have deep roots in Brigham City. He has formed many lifelong friendships as he has cared for the residents of Brigham City and surrounding communities. 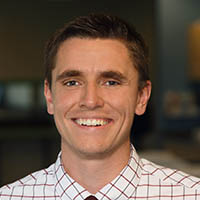 Shawn was raised in Brigham City, Utah and is happy to return home and serve the community that he loves. He received his Bachelor’s degree in Human Movement Science from Utah State University, and his Doctorate of Physical Therapy from Eastern Washington University in 2018. After graduation he worked briefly in Twin Falls, Idaho before returning to Brigham City. He has post-graduate training in spinal manipulation, mechanical diagnosis and treatment, and dry needling. Shawn and his wife Morgan have four boys who keep them very busy. When he is not working, Shawn enjoys playing golf, basketball, taking his family on “adventures”, reading, and eating.

Retrieving location data...
Use my location
Or Use My Location
List Map 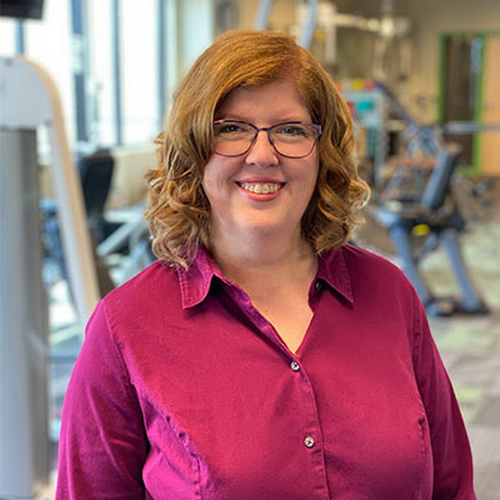 
After eight weeks in a sling, Tiona was ready to start her two month journey of physical therapy. Th...View story 
Lynn, a Farr West resident, badly injured his ACL while skiing. He talks about his recovery process ...View story