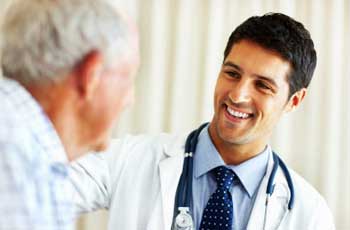 Thousands of people each year are admitted to Utah hospitals for stroke-related complications. The after-effects of stroke can be minimized with early intervention and treatment. Here at Brigham City Community Hospital, we have assembled a group of experienced experts to deliver outstanding stroke care in northern Utah.

What is a "brain attack"?

A brain attack is more commonly known as a stroke. When one occurs, the brain's blood supply is interrupted. Within minutes, brain tissue starts to die and the victim experiences a sudden loss of function.

Stroke is the third leading cause of death and serious long-term disability in the United States. It strikes about 700,000 people each year and causes approximately 163,000 deaths annually. Left untreated, a stroke victim typically loses 1.9 million neurons every minute. When compared with the normal rate of aging, a stroke causes the human brain to age 3.6 years each hour without treatment.

At Brigham City Community Hospital, these staggering numbers can be greatly reduced if victims receive acute treatment within the “window of opportunity”—three hours from the first signs of stroke.

Learn the signs and symptoms of a stroke.

Retrieving location data...
Use my location
Or Use My Location
List Map